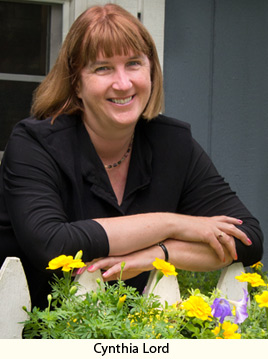 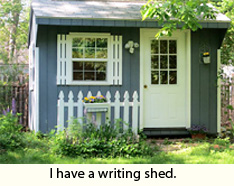 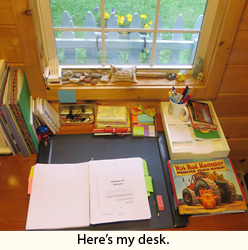 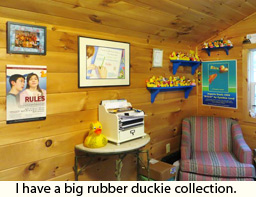 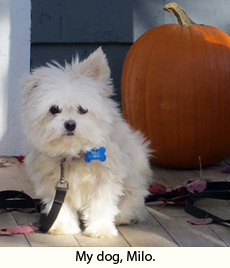 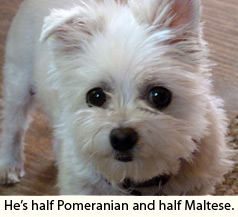 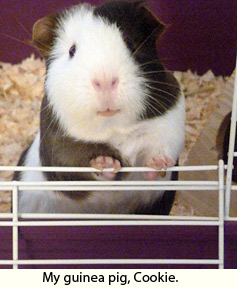 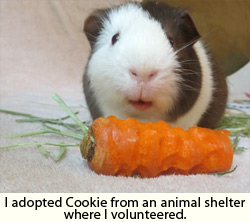 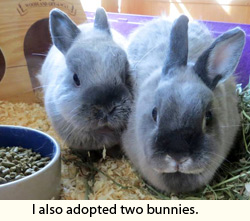 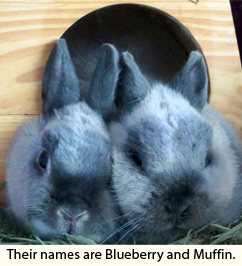 My life as a writer began at age four with a song collaboration with my sister (I couldn't write, so she did the actual writing). The song was called "Ding Dong the Cherries Sing," and we forced anyone within a 12-mile radius to listen to us sing it, over and over and over. 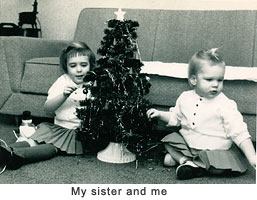 My parents not only suffered through my songs about warbling fruit, they were generally quite tolerant of my other forays into art, music, and literature. Ear-splitting clarinet practices, countless trips to the library, and incomprehensible early drawings. My mother still has a few of those drawings on which she wrote captions like: "Cynthia says this is a goat."

I was a daydreaming, shy child, and I will always be grateful for the time and room my parents gave me to be myself.

My favorite books when I was very young included HAPPY, a story my mother bought at the grocery store about a kitten who is found under the hood of a school bus, PEPPERMINT, a story about a kitten nobody wants who is adopted by a little girl (Can you tell I wanted a pet very badly?), FANTASTIC MR. FOX by Roald Dahl, and WINNIE THE POOH by A. A. Milne.

The first pencil-and-paper writing I remember doing was on a birthday card I gave to my grandfather. I was probably five years old, and my mother handed me a pristine, white envelope and told me to write Grandpa's name on the front.

And I did. In huge, gangly letters that covered the whole envelope, I wrote "ED" in blue pen.

I was proud of it, until I saw my mother's face. She had meant me to write "Grandpa" in small, lady-like letters, but since there wasn't another envelope, she said it would have to do.

My grandfather laughed when he saw my envelope. It was the first and only time I ever heard him laugh with complete abandon, until he had tears in his eyes. When he looked at me all he said was "thank you," but he meant it, and I was proud to have written something that made him laugh. 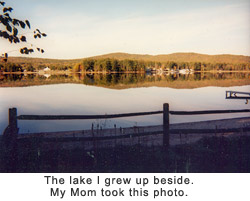 I grew up in rural New Hampshire beside a lake. We ice skated in the winter and spent most of the summers swimming and cannonballing off the dock into the water. My sister was my first friend, and one of our favorite things to do was to turn over our rowboat and find toads, whom we treated to surfboard rides and visits to the "Toad Motel" we created using trowels and paper cups in my mother's loam pile.

But we couldn't keep the toads more than a few minutes, so my sister and I finally ("Please, please, please, Mom? We proooooomise we'll take care of it!") talked my mother into a real pet. Spotsie the turtle lived in a tank that included a little island and a plastic palm tree, and loved bites of raw hamburger and deep-sea adventures in the kitchen sink and the bathtub.

Then when I was in fourth grade, we finally begged my parents into Peanut, a dog who was part Dachshund, part Pekinese, part Pomeranian, part Beagle, and all heart. He used to sit on the stairs, watching out the window for the school bus that would bring me home every afternoon, and he listened to my stories and all my deepest, scariest, truest secrets.

At school, I wrote the typical book reports, Abraham Lincoln reports, and "What I Did On My Summer Vacation" essays, but I didn't start writing fiction until high school. One of my first attempts was a ghost story. After a few chapters, I was giving myself nightmares! I remember lying in bed, staring at the dark ceiling shadows, afraid to move, saying to myself: "This is so stupid! You wrote the story! You KNOW it's not real." 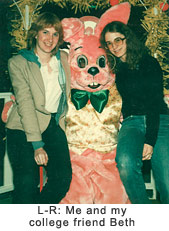 I never did finish that story, but I did finish many others. I wrote plays for my Sunday School students to perform, poetry, family newspapers, even serialized novels that I passed around to my friends while my algebra teacher checked homework. I typed these masterpieces on a manual Royal typewriter with carbon paper to make the copies. I still have a few of those smudgy manuscripts, laden with strike-overs and typos.

In college, I had some short stories published, and even won a contest with one! The prize was a whopping $25 and publication in the magazine that had sponsored the contest.

Cynthia Lord's Mercury's Fall is the most worthy of the prose pieces. Carver-esque in style, it reveals a world of gloom, despondency and futility, but strikes a chord within us all. Thomas Ford could so easily be you or I, living out a totally useless life. 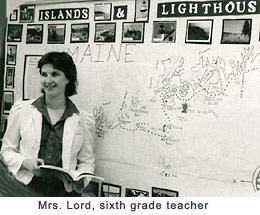 YIKES! Sounds dark and dreadful, doesn't it? It was, in truth, a partly humorous story about the disenchanted owner of a sporting goods store who accidentally conjures up Dionysus, the God of Wine and Merriment, in the basketball aisle (in between "gloom" in aisle three and "despondency and futility" in aisle five).

After college, I got married and became a teacher. I taught first-grade, sixth-grade, and even in a one-room schoolhouse. In those years, I wrote curriculums for educational publishers.

When I had my own children, I returned to the world of Winnie the Pooh and Happy and Peppermint, and all the wonderful new books for children. Some books we loved to the point of the pages falling out. 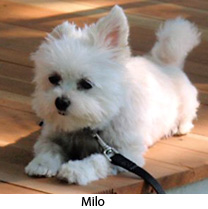 As my children grew, I returned to writing fiction. Now, I get up most mornings between 3:30 and 4:00 AM. I tiptoe through my dark kitchen, flick on the coffeemaker, and sit down at my desk. That's my own time, the just-me time to open my heart and spill it across white pages. Early morning is a beautiful time, still and dark, and I can smell the ocean many mornings when I open the window next to my computer. Often, the sun comes up while I'm writing, and my dog, Milo, comes in and lies in my lap. The sound of his breathing and my fingers hitting the keys are the only sounds in the room.

I've come a long way from the girl backspacing over mistakes on the Royal typewriter, reusing the same piece of carbon paper until the letters were ghostly pale. Now I backspace on my computer, and nobody needs to know how many mistakes I make.

Some things haven't changed. I still love watching words jump onto the page, and I still love making people laugh and cry and shiver with my writing, I still love to read a great story.

I've kept HAPPY and PEPPERMINT and FANTASTIC MR. FOX and WINNIE THE POOH all these years. They're on a bookshelf behind me, to remind me of the child I used to be, the one who liked surfboarding toads, sang the cherry song, wrote ED on the envelope, and scared herself silly writing her first ghost story.

She's the one I write for.